How to Use View Once Feature in Whatsapp

Finally, the message feature that appears and disappears on Instagram has also come to WhatsApp, the social media giant reported that this feature works for everyone with the new update.

For the new feature to work, users must have the latest version of the WhatsApp app. 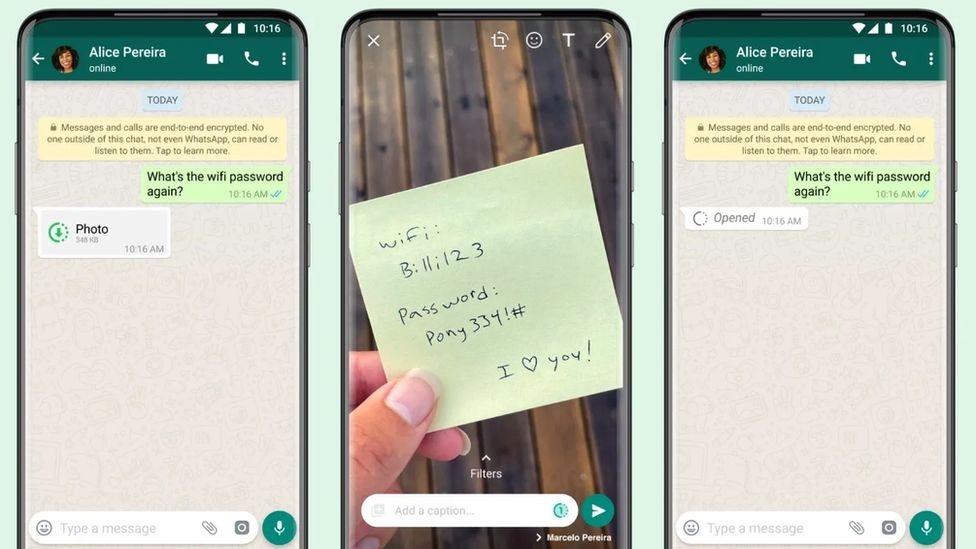 WhatsApp calls this function “View Once” on its official website. Because, unlike other apps, WhatsApp only deals with content that is opened once and lost forever. The main idea of this option, which is already available in other messaging applications, is to allow users to send photos and videos containing confidential or sensitive information more securely.

How does it work?

The recipient will only be able to open the image or video once and in full screen and will not be able to forward it to anyone else or share it for use in other applications. Even the sender will not be able to see the message again, but in the transmission information of the message, it will be understood whether the receiver has seen it or not.

You can now send photos and videos that disappear after they’ve been opened via View Once on WhatsApp, giving you more control over your chats privacy! pic.twitter.com/Ig5BWbX1Ow

How to use the "View once" option?

It should be noted that this is not the first time WhatsApp has offered this feature, this tool was previously used on Telegram and Instagram. However, the fact that WhatsApp has added this to its features is still a temptation that many people appreciate.😀

Finally, a text box will appear in the chat with the word “Photo” or “Video” and an arrow. This will notify the person that your interlocutor has sent you a media file. When opened, the message will change to “Opened” and you will not be able to open it again forever.