Xiaomi must be crazy, refers to 'Bill-Melinda Gates' Divorce Decision

Xiaomi made a disturbing reference to the divorce decision of the Bill-Melinda Gates couple in a post on the UK account. The sharing was criticized both for its meaning and because it was made from an iPhone.

Chinese smartphone manufacturer Xiaomi does not have a very good impression of using social media. The company has dozens of content that have been on the agenda many times before including those posted by its CEO himself and had to delete them. Now, a new one to these erroneous posts has been added from Xiaomi's UK account.

A tweet was shared by the Xiaomi UK Twitter account; It was highly criticized and ridiculed for both the message it gave, the visual used, and the device it was shared with.

The company deleted the tweet later, but the screenshots were already taken and the post went viral. 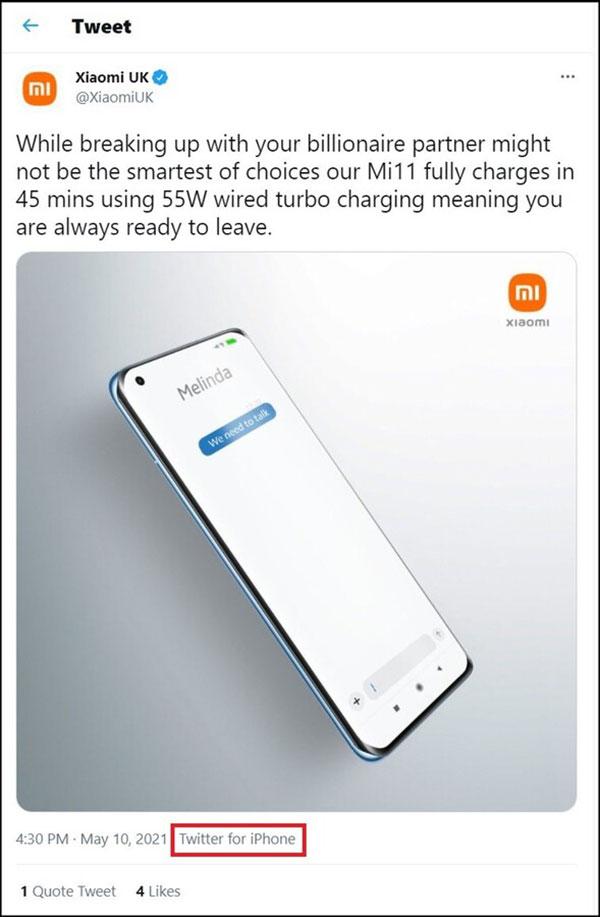 While breaking up with your billionaire partner might not be the smartest of choices, our Mi11 fully charges in 45 mins using 55W wired turbocharging meaning you are always ready to leave.

Yes, unfortunately, Xiaomi UK is referring to the divorce decision taken by Bill Gates and his wife Melinda Gates in this tweet to highlight the fast charging feature of Mi11.

Xiaomi UK also added a photo as if the tweet didn't have a bad enough message in the text section.

In the image, a message from a person named Melinda says "We need to talk."

As you can imagine, the post received a lot of reaction and Xiaomi UK deleted the tweet immediately.

At the beginning of our news, we mentioned that Xiaomi is a mockery of the device on which the sharing is made.

As if all the mishaps overlapped, Xiaomi UK shared Bill Gates and his wife Melinda Gates referring to the divorce decision on an iPhone instead of a Xiaomi phone.

So, the tweet in question became a post that Xiaomi UK would not even want to remember.

How Many Devices Can You Watch Netflix On?